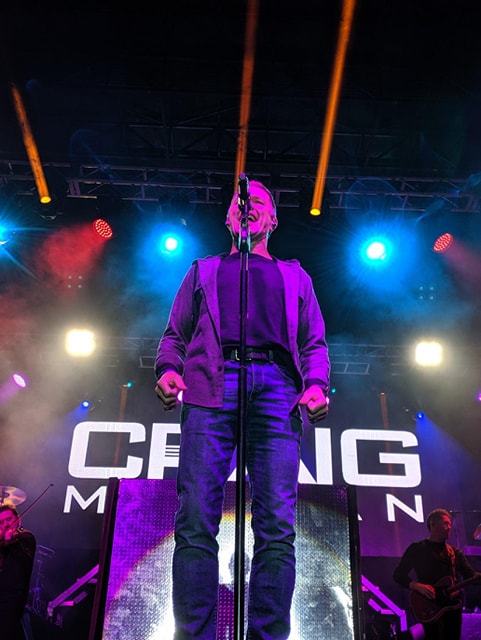 Three Chords and the Truth

What makes country music different from any other genre of music is the honest, emotional, stories that are consistent across all demographics.  The great songwriter, Harlan Howard, described country music as “Three Chords and the Truth”. The songs we hear in country music tell stories about love and loss, and every decade or so, a song is written that makes us hold our breath with lyrics that rip open a corner of our hearts.  This song yanks buried emotions to the surface and allows us to empathize with the song-writer/singer on a very personal depth. Craig Morgan has recently written and recorded a song that will be remembered alongside the select few songs that are woven into the fabric of what makes up country music.

Craig Morgan was inspired in the middle of the night

In a recent interview with Kelly Clarkson, Craig Morgan explained that he woke up in the middle of the night with the melody and chorus to the song running through his head.  Contrary to how he had written songs previously, Morgan got out of bed and immediately wrote down the words running through his head and worked out the melody.  In four hours, he had the song written and finished as we hear it today.

Divinely Inspired, this song reminds us of a song written by Alan Jackson who was awakened in the middle of the night following the tragedy of 9/11, to write the moving, Where Were You (When the World Stopped Turning), a song that went on to be named the Academy of Country Music and Country Music Association’s  “Song of the Year”.  The song also earned Alan Jackson his first Grammy Award for Country Song of the Year.

Craig Morgan’s song is the poignant epitome of the crushing loss associated with a parent losing a child. A very dear friend of mine lost his 19 year-old son almost a year ago.  One thing that he has said that has stuck with me, “People will say things like, ‘I know how you feel’. While in reality, they don’t know how you feel unless they have lost a child that was just beginning to live their life.”  While losing anyone you love hurts, the loss of a child is a unique pain.

Having strong sympathy for my beloved friend, I know how hard it had to be for Craig Morgan to bare the jagged scars on his soul, three agonizing years after the loss of his 19 year-old son.  The song finds a way to burrow into my emotional psyche and unearth raw emotions that I associate with my friend’s loss, and also the loss of my own mother and father.  After listening to the song hundreds of times, I find myself overcome with emotion and in many cases, unable to fight back tears.

According to the documentary by Ken Burns, Country music roots can be traced back to the 1920s. While recently watching this amazing story of how the genre has evolved through the last century, I believe there have been five songs that have been flag-bearers of the example of what makes up country music.

Through the years, country music has embraced many ideas: Songs about the cowboy way of life, American Patriotism, the way of life associated with farming and living off the land, songs about infidelity and songs about love.  Each of these themes find a place in the genre.  But it is songs about loss and heartbreak encapsulated in a story written from the heart of the songwriter that rise above all other songs.  Sometimes these songs are sung by the writers and in some cases the singer has found a way to deliver the sentiment in a way that embodies what the author of the song intended.

Until now, we have had five country music songs that the songwriters have captured that unrestrained emotion that invites us to share in their loss on a deeper level than all others.  These songs summon you to open the closed piece of your soul that springs forth deeply buried emotion.  It allows you to use your personal pain and suffering to empathize in your own way with the song itself.

Each of these songs were delivered by artists that are now in the Country Music Hall of Fame.  With the song, The Father, My Son and The Holy Ghost, Morgan now stands on the shoulders of Hank Williams, George Jones, Alan Jackson, Dolly Parton and the Carter Family as one of the greatest country music performers of all-time.  In time, this song will propel Morgan into the Hall of Fame himself.

Kelly and I were recently blessed to have watched Craig Morgan deliver this amazing song live.

Prior to seeing the live concert and performance of this song, I had seen the YouTube video of Craig Morgan’s performance on the Grand Ole Opry and had listened to the song on Amazon Music dozens of times. It wasn’t until seeing the song live that I felt the pure, raw, unadulterated emotion as Morgan struggled to make it through the song and lay his soul on the stage delivering what Ricky Skaggs told him was a song that “people had to hear”. This song is an honest, emotional story and if Harlan Howard was still alive today, he would champion this song as the modern-day archetype of Three Chords and the Truth.