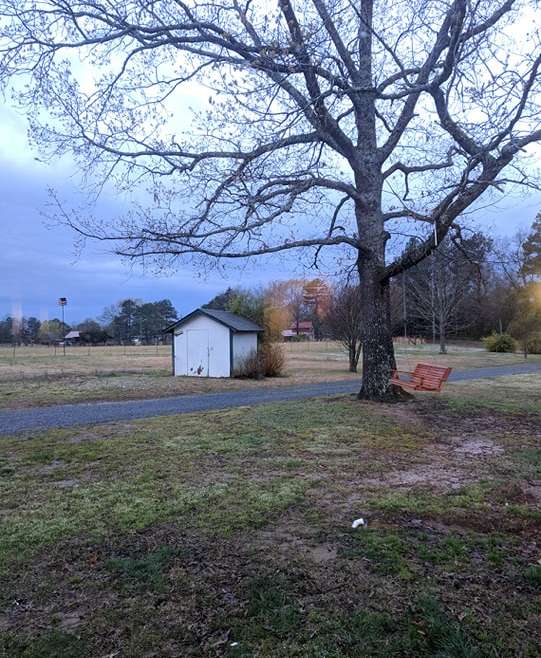 For the last 25 years, I’ve been in a race….constantly running, working toward the next goal…..a promotion, a bigger house, a better car.  It was a good ride. I thrived in the fast pace. I loved the challenge of it. It was the life I had chosen and the only life I’d known.  So when it was announced that my job was going to be eliminated and that my career I’d worked so hard for was changing, it was a little uncomfortable to say the least.

A couple years ago, before Steve and I even started dating….during our second BFF phase, we had a conversation that started something like, “If you could live anywhere, what would it look like?” Interestingly, we both had a similar picture. It was a little farm house (mine was yellow and his was white). There would be lots of trees and a big front porch to watch the sun rise and set. We would have sunflowers and wildflowers everywhere and of course, a big garden.  It would be in a nice community where people care about each other and maybe even a pond to fish.  And of course, there would be chickens.

It’s funny because we talk about that conversation often.  At the time, it seemed insignificant….like two friends dreaming of what “could have been” or maybe “where I’ll live when I am older”.

Today, as I sit in my little white farm house drinking coffee, I have been thinking about what this last year has taught me.  There are so many lessons but the biggest has been to take time for The Pause. Sometimes The Pause is big and life changing. And sometimes, it’s just pulling over on the side of the road to watch the sunset.  It’s a skill I’m getting better at every day.

Some people thought we were crazy to “step off”, to move out of the city, buy a farm and do our best to live off the land. Heck, sometimes, I think we’re crazy too.  It’s a risk and it’s going to require us working harder than we ever have. It’s going to require patience and persistence.  In the midst of it, we are committed to practicing The Pause.  We are very intentional about it.

Sometimes, that’s sitting on the swing at the end of the day watching as the sun sets.  Sometimes it’s taking a drive to see the leaves as they are changing colors. Sometimes, it’s going out to sit with the chickens even though all the work has been done in the coop.  Every night we pause as we do our “Moment of the Day” ritual.  And sometimes, it’s a Pause that lasts a year as you remodel a house, start a business and move to the country.

Now I think I’ll go finish my cup of coffee and listen to the rain as it falls on the tin roof.