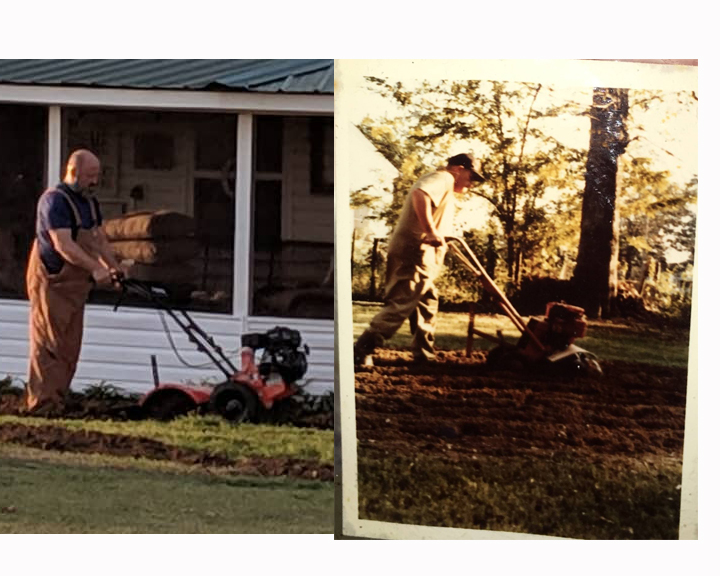 There was a time when you had to talk on the phone and stay in one spot.  Or relatively one spot.  This was because the phone you were talking on was attached to the wall.  We did get a little industrious as a teenager and we talked our parents into buying an extra long extension cord.  If you remember this, you also remember that you would try to talk on the phone in a completely different room.  Instead of standing in the kitchen, you could stretch the phone cord super tight and make it reach the recliner in the living room.  You did have to sit just right and lean the chair back and hold your head off the top of the recliner in an awkward position because that was as far as the cord would reach.  And then your dad would get totally angry with you because he undoubtably would be the next person to use the phone and had to deal with the cord which had retracted in such a way that it kinked itself up in a giant wad of mass.  He then would spend the next ten minutes holding the phone upside down, as it circled away, unwinding into something that resembled the original phone cord, but stretched out to droop all the way to the ground in its’ resting position.

Those were the days that if you wanted to take a picture, you had to load the film into your camera (without accidentally exposing the film and causing it to be useless) and then take that used roll of film and drop it off to be developed.  No, not developed while you waited and the pictures spit out of a magic picture dispensary.  You waited a week, or more.  You had to wait so long to see the pictures, you weren’t really quite sure what all was on the roll when you turned it in.  Sometimes there would be a cool surprise.  From Avery Island, or Deer Camp or last fall’s football game.  A holdover on the film that was still there when you recently took birthday pictures.

Those were the days when you only had three channels to choose from if you wanted to watch something.  My mom would correct us and remind us that we had 4 channels, but we really didn’t count PBS because there was nothing on that channel.  Except 3-2-1 Contact in the afternoons when we got home from school.   This was a time when we knew three weeks in advance when The Wizard of Oz was going to be on TV and friends came over to sit on the floors in front of the TV, with popcorn and Kool-Aid and watch Dorothy and Toto as if it were a world class event.

Those were the days that people would get together on visits and talk.  I mean literally sit around the kitchen table and chat about what was going on in their world.  When you would go visit your grandparents in another state, it was an event.  People threw fish frys and crawfish boils and bar-b-ques just because you were in town.  This would allow all the aunts and uncles and cousins to gather in one place and the adults could tell their stories once and 8 or 9 relatives would hear what had been going on in their lives at the same time.  I guess it was kind of like today’s Facebook messenger group chats.

Back then, it was a given that when we visited my Grandmothers house, we would get all the old photos out.  Actual snapshots.  My grandmother collected them.  She was the keeper of the family records.  The history of our genealogy in photographs.  She had albums and albums of pictures.  These were the ones that had been sorted.  If they didn’t make it into the albums, they went into shoe boxes. Dozens of shoeboxes.   Most of the pictures were black and white…. and yellow.  These were my favorites to sort through.  Thousands of old memories and stories.   We would sit and go through all the old pictures and we would usually have an adult sitting over our shoulder giving a running commentary on who was in the shots.  “This is your Uncle Greg, that you have never met…. He lives in Houston”, “This is your Uncle Paul with his upright Bass… by the way, he is a professional musician and plays in the San Fransisco Philharmonic”.  “This is your dad when he was young, he had the same haircut since 1957”.   If it was a spectacular picture – it was put on the wall.  She had 13 children and then those children had their children.  Everyone had ONE spot on her wall.  It was our parents responsibility to send a new 8X10 picture every year so the most current school picture, or Basic Training picture or Homecoming picture was on the wall.  You could pull any of the pictures down and all of the old 8X10s were stored behind the current one.  You could see every school years image in chronological order.

My Aunt Mary Sue recently brought it to my attention that the picture still hanging on the wall in my spot, was my Junior Prom picture.  Yes, the picture with Kelly.  Frozen in time.  The old house is locked up now.  It was left as is after my Grandmother died.  The front porch is falling in from disrepair.   The roof has dropped on one corner and I am sure small animals have gotten inside.  Nobody lives there.  Nobody even goes in the old home place.  It just sits frozen in time.  The old pictures are still there on the wall.  Or so I am told.  I hope someone has the shoeboxes.

Last night, Kelly took a photo of me while I was tilling our garden for the first time.  She wanted to capture the moment for us to always look back on.  To tell our grandkids the stories over their shoulder, as they look through the un-faded digital, full color, high definition memories.  This picture was different.  There was no film that had to be developed.  There was no wait to see how the picture would turn out.  It was taken with her phone.  Not a phone attached to the wall, with a super long, stretched out cord.  The phone that was in her pocket.  The one that instantly uploaded the memory we made to a magical place called “The Internet”.  A place that holds all of the digital images in a “cloud” somewhere.  We don’t have to pull out old shoeboxes or albums or look at the pictures behind the picture in the frame.   Just 12 hours later and Facebook Analytics tells me 170 people have already seen that image.

That image pulled a whole new set of mental pictures to my mind.  As I looked at it, I remembered a picture taken of MY Grandfather tilling his garden.  The picture is kind of famous among our family members, because several people have a copy of it.  A hard copy of it.  In a shoe box somewhere, or in a wallet or album.  My dad kept this picture.  It was the image he had in his mind of HIS dad.  I knew my aunt, Monica, would have a copy because she has sort of become the defacto keeper of the family history.  A position I hope to take over some day.  I messaged her to see if she had a copy of the picture.  Then as I described it, my wife Kelly said she had seen it before.  In fact, it was in the back of HER mind when she took the picture of me in the garden tilling.  She immediately went to looking.  She went to Monica’s facebook page and started creeping (re-creeping) through her page to find the picture.  When she found it – she was correct – she knew exactly the one I had been talking about.  It told a story.  And now, our story will be eternally tied to that story.  My roots were showing through.    A picture taken 40 years ago.  Recreated on accident in the digital age.

It makes you wonder what our grandkids will be looking at and how out of date our Facebook pictures had become.  Will they tell stories about how antiquated the internet was when they were kids and how they had to actually flip through Hulu, Netflix or Prime to find a movie to watch……