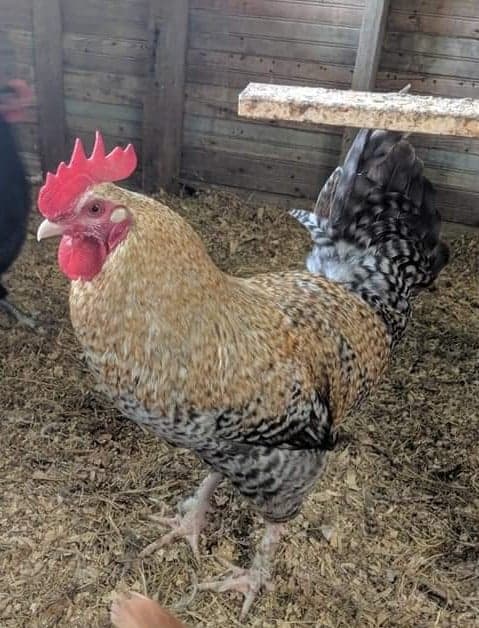 There once was a rooster named Mary

To many, he seemed a bit scary

He hatched in November on a beautiful fall day

Then was placed in a box and sent on his way

In the box, he met so many new friends

Forevermost Farms had ordered a flock of hens

They named him Mary because they thought he was a girl

He kinda liked it because he could shock the whole world.

The twenty four chicks got used to their new digs

It was icy cold those first winter days

My goodness, he couldn’t wait until it finally turned May

For awhile, they lived in the laundry room to stay warm

Mary was nervous about moving to a big, new place

But when they finally checked into the hen house, it brought a smile to his face

The coop was real nice with floors and a roost

Sometimes they even brought treats to give them a boost

Steve and Kelly came to visit at least twice a day

And they always looked sad when they couldn’t stay

When the hens grew up, at about 20 weeks,

They started laying eggs for their people to eat

See, the hens became Moms and Mary became a dad

Little baby chickens were meant to be had

It was fun being the only rooster in the bunch

He felt so important; he knew he’d never be eaten for lunch

If you try to mess with one of them, get ready for a mean prick

Forevermost Farms is so lucky to have this Accidental Roo…..

At least he wasn’t a boy named Sue.