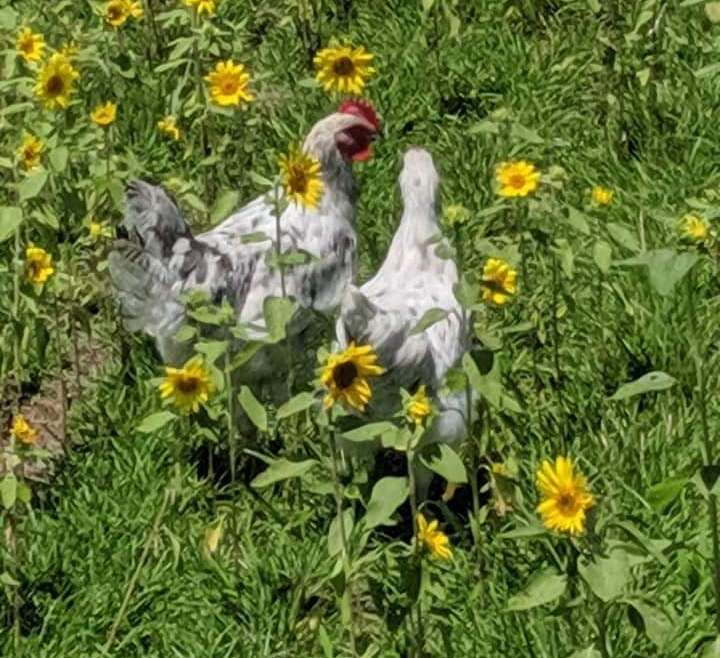 He knew that the time had to be drawing near

He could hear a lady saying, “Come-on, you can do it!”

He was so ready to break out

He felt like his little body had been through it

He used his egg tooth to make the first hole

He started to unzip his shell; he was on a roll

He could hear them cheering him on

but he thought maybe it wasn’t meant to be

A chick they called Pip was making so much noise

He could hear her saying, “Get on out here big boy.”

Pip stayed by his side without even a break

She never gave up, always keeping the faith

Finally, the man they called papa decided to take a big step

He pushed and pushed until he finally broke free

Once the top came off, he could finally see

He opened his eyes. Papa knew it was a win.

Momma was so happy, standing over him with a big grin

He stumbled out of the egg and started to stagger

Then Papa looked at Momma and said, “We are going to call him Jagger.”

He heard that silly Pip; she just kept on chirping

Was she just being nice or was she really flirting?

For the next few weeks, they lived in a box in the house

It was busy all day, but at night, things were quiet as a mouse

There was a big red lamp that helped keep them warm

They had found their new home at Forevermost Farms

And a girl they called Grace said goodnight before bed

After awhile, they had to move out to the barn

They liked it here in Rose Bud living on the Farm

For a few weeks, they stayed in their pen

They watched other chicks peck around and eat bugs all day

Except for when the hens went into their coop to lay

They loved hanging out and enjoying the fresh air

Life was so good; they didn’t have a care

But there was one thing they dreamed about each night

To get out in the yard, scratch at the grass and be in the sunlight

Then one day, their dreams finally came true

Papa opened the pen and out they flew

There was grass and leaves and bugs all around

Their little slice of heaven, they finally found

Every night, Momma and Papa put them back in the pen

And every morning came out to let them free range again

One beautiful summer day was even better than the others

They got to visit the sunflower patch, walking around like two young lovers

They scratched and pecked and loved the sun on their backs

And Pip was so beside herself, that she lost track

She got so confused, wandering around the tall blades

She was distraught as the moon began to rise

So she decided to find a safe place to hide

She could hear Momma and Papa and Pip calling her name

But she was so scared and even more ashamed

In all of their little chicken lives, it was the worst night they’d ever spent

He knew he would find her alive and safe

The next morning, when the sun came out

Momma and Jagger started looking all around

But Pip was still nowhere to be found

She stayed in hiding, afraid to make a sound

Once all the other chickens were let out to play,

Pip was finally not afraid to be on her way

She searched and searched until she spotted her love

Jagger was there! Thanks be to heaven above!

They ran toward each other and met under their favorite tree

They were so happy together again to be

They wake up each morning with thankful hearts

And vow to each other never to part.