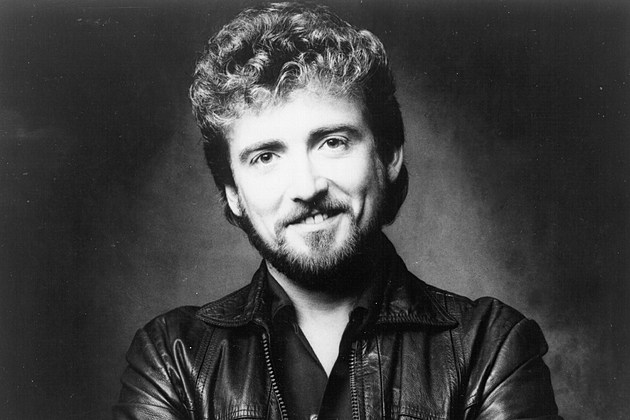 It was a beautiful sunny day.  I had just walked in the back door of my family’s house in Sherwood and dropped my book bag, off my shoulder and onto the floor.   The first thing I did when I made it home after school each day was to walk straight to the radio that sat on the shelf by my bed and turn music on.   The book shelves were made from bare 2X4s and held the jambox I had received as a gift at Christmas a few years prior.   As I sat on the edge of the waterbed, the disc jockey for KSSN announced news that changed my world.  Time stopped for a few minutes and I cried while sitting there on the edge of the bed.  Keith Whitley was dead at the age of 33 years old from an apparent alcohol overdose.

The previous four years had been volatile to say the least and Keith Whitley was the voice that had helped me fight through the painful time in my life.  He had become my hero.  Songs like “I’m No Stranger to the Rain”, “When You Say Nothing at All” and “Don’t Close Your Eyes” all had impactful meaning to a then 17-year-old kid trying to figure out what it meant to grow up.

The twenty months that followed my mother’s death are a big blur of a memory as I look back now.  It is a time in my life that you could do a text book study in psychology on why the brain blocks things out.  Looking back, I do not know how I survived.  My father was suicidal and drank a lot.  He was heart-broken and didn’t know how to handle life.  He had met a lady that had three very young boys and had recently married her on a whim while I was fishing with friends on spring break.  I found out on a phone call.

I’m no stranger to the rain

I’m a friend of thunder

Friend, is it any wonder lightning strikes me

I’ve fought with the devil

Got down on his level

But I never gave in, so he gave up on me

It was also a time that I was trying to decide how to approach my future.  I had multiple college options and scholarships.  I knew I was going as far away as I could afford on my own.  My future was bright.  I had good grades and great test scores and the sky was the limit to what I could do.   So, within all the heartache and pain, I could still see a light at the end of the tunnel.

These years had also been the years I developed my idea of what love was supposed to be.  I had been in broken relationships (probably because I was not fully emotionally available) and I had seen what I didn’t want in relationships and what I did.  Keith Whitley’s music helped me form those ideals.

It’s amazing how you can speak right to my heart

Without saying a word you can light up the dark

Try as I may I could never explain

What I hear when you don’t say a thing

I had great friends.  I had people in my life that truly cared about me.  I even had a special family that “took me in” and helped me cope with some of the emotional baggage.  They treated me like a son and brother.  I had help.  A safety net.

But here I was, on a beautiful Tuesday afternoon.  Heartache behind me and a future in front of me.  A week away from graduating high school and headed to Fayetteville in the fall.  I dreamed of finding a girl to love and marry, getting a degree, maybe going on to law school, having kids and living the dream that society had told me I should experience if I wanted to be happy.  It was at my fingertips.  And then I was broken.

I often hear people older than me describe how they could recall the exact moment JFK died.  Where they were when they heard about the death of Elvis.  The impact that John Lennon’s death made on them.  I understand that nostalgic feeling.  That’s what May 9, 1989 is for me.  Keith Whitley was on top of the world.  He had just had three back-to-back-to-back number 1 hits.  He had just married the girl of his dreams.  After literally 20 years chasing his music dream (that began as a 13 year old in Kentucky), he found it.  I have read that when the record label offered him a contract for the first time, he didn’t even read it.  He didn’t care what amount of money he was going to make.  He didn’t care what the terms were concerning how many records he owed the label.  All he cared about was the fact that he now had an opportunity to get in the studio and record his music.  And at the height of his success, his demons caught up with him.  He was found face down on his bed with a blood alcohol level of .44.

I sobbed.  Somehow this was my dream being shattered.  It crushed my soul like I was losing someone else in my life that I loved dearly.  I remember every detail.  I remember how I felt and how I trembled as I cried.

Now, we are thirty years in the future.  Today marks 30 years since that dreadful day in 1989.  Life finds a way of figuring itself out.  I have finally found my happiness.  It literally was “love just ten feet away”.  I have put my emotionally demons behind me.  I have faced the rain and watched the flowers bloom.  And Keith Whitley is still a part of my life.  His music has touched millions of people that never even knew who he was when he was alive.  In 1988 “Don’t Close Your Eyes” was the song that I listed as my favorite.  Now. 30 years later, it’s still my favorite.  I think it embodies all the feelings I had back then.  I carried it in my musical soul for many years as the dark reminder of how life can be painful, but now one line sings true.